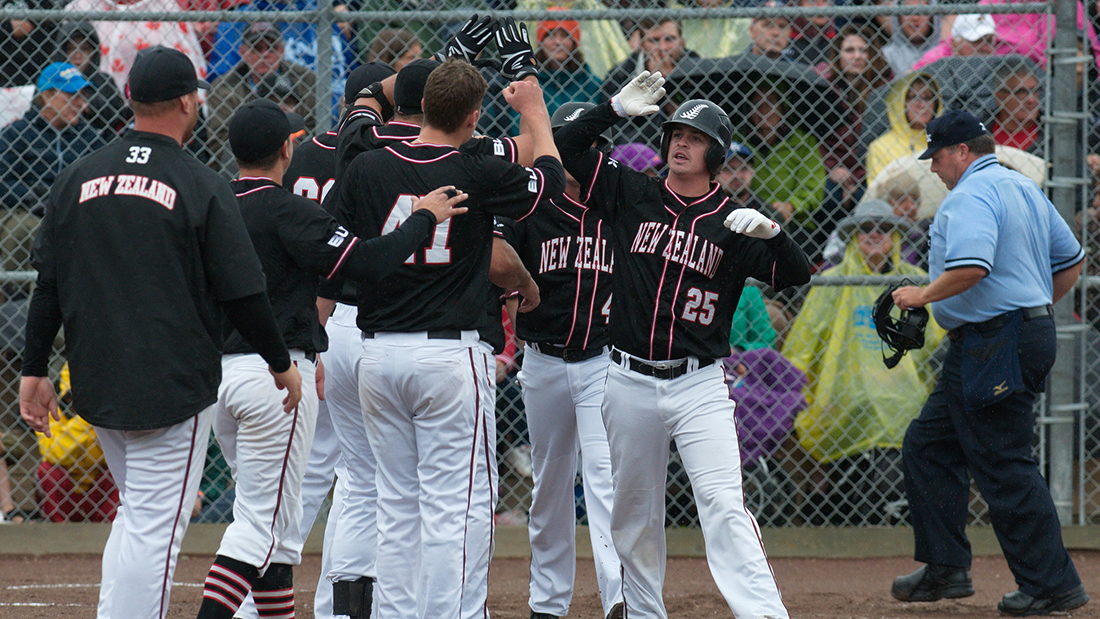 The Golden Homes Black Sox depart for new shores tonight as they head for the European continent for the first time in their history.

The Black Sox will travel to Prague, Czech Republic with 6 new caps to compete at the Intercontinental Cup, 28 August to 1 September. The event will feature a six-team format and top-ranked WBSC men’s softball national teams from Asia, Europe, North and South America: No. 1 New Zealand, No. 3 Japan, No. 4 Argentina, No. 6 USA, No. 7 Czech Republic and No. 11 Denmark. The Intercontinental Cup will serve as a precursor to the WBSC Men’s Softball World Cup in 2019, which will also be hosted in Prague by Czech Softball. Czech Softball President Gabriel Waage said: “The event is a great opportunity for us, as the organisers of the Men’s Softball World Cup 2019, to make sure that everything will work.” The seven time World Champion Black Sox will take on Team Europe, 2nd September in an exhibition game prior to the Men’s European Super Cup, 3-8 September. The Super Cup solely for European club teams will feature a number of Black Sox players who have been picked up as guest players to help bolster the chances of European club sides. Black Sox Assistant Coach Daryl Marino will guide the team in Mark Sorenson´s absence who is on a sabbatical. That will provide an opportunity for New Zealand U23 Major Sox coach Steve Deans as his assistant. “As a group we have embraced the legacy of the New Zealand Black Sox. With this in mind we can add to this with the honour of being the first Black Sox team to play softball in Europe,” Marino said. “This is a great opportunity to expose our young group to some of the highest quality International softball teams in the World. As well as the quality of opposition the tour will also allow some of the younger leaders in the group to grow and build on their experiences in this environment. It will also give us the perfect opportunity to continue preparations moving towards the World Cup in 2019. This will include playing at both grounds that will be used for the world Cup. Finally, as with every tournament we compete in, we will continue to represent the Black Sox brand, our hosts, whom we are very grateful too, and the game of softball with the respect they all deserve,” he said.